A haven at the beach?

While Gov. Murphy tries to put the best face on what will be a difficult Memorial Day weekend on the Shore, other leaders are urging him to quicken the pace of opening businesses

Memorial Day weekend on the Jersey Shore will undoubtedly be different this year. “I don’t know what part of America is not going to take an economic hit in the month of May,” Gov. Phil Murphy said at a press conference in Trenton on May 12. “This is not just New Jersey and it’s not just the Jersey Shore. But as a country, we’re getting clobbered,” he added.

Nonetheless, the governor tried to reassure businesses and tourists that a trip to the shore will still be worthwhile. After all, the vast majority of beaches are owned by local towns and cities, and so it would be up to them on how to lift restrictions, enforce social distancing and require the use of face coverings.

“It won’t be the old normal, but can we get some semblance of a new normal on the shore by the time Memorial Day weekend comes around? I’m going to say yes,” the governor said. “That’s not to say that we’re still not going to take an economic hit, that stuff still won’t be closed,” Murphy added. “My heart is broken over it.” 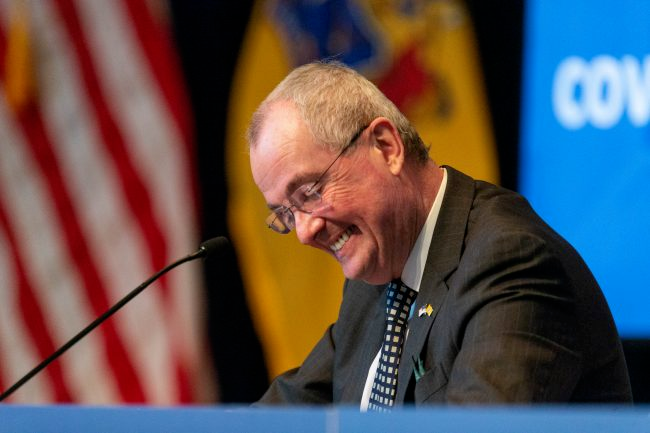 Murphy’s emergency orders remain in place. Public gatherings are banned and hospitality, retail and food and beverage sectors are still closed in most capacities. Many of those business line boardwalks and support a $45 billion industry heavily reliant on the period from Memorial Day to Labor Day weekend. On May 14, the governor issued guidelines on how towns should open their beaches for the holiday. The rules include limits on beach capacity and admissions, special events are prohibited, enhanced sanitizing requirements and continued closure of playgrounds, arcades, rides, water fountains and picnic areas.

The rules are effective May 22.

“I’m not going to give you a particular set of benchmarks because we hope it’s not going to be one moment in time that we decide, assuming we do X, Y, and Z, everything is open again,” the governor said on May 7.

“I don’t have a magic number or set of numbers,” Murphy added, continuing that the rollback of restrictions would be like a “light dimmer and getting brighter and brighter over time,” and not a “light switch.”

Starting May 18, any retail outlet will be allowed open for business, an expansion from an order that allowed only “essential” retailers to open. But the newly opened stores and shops will be limited to online ordering and curbside pick-up. 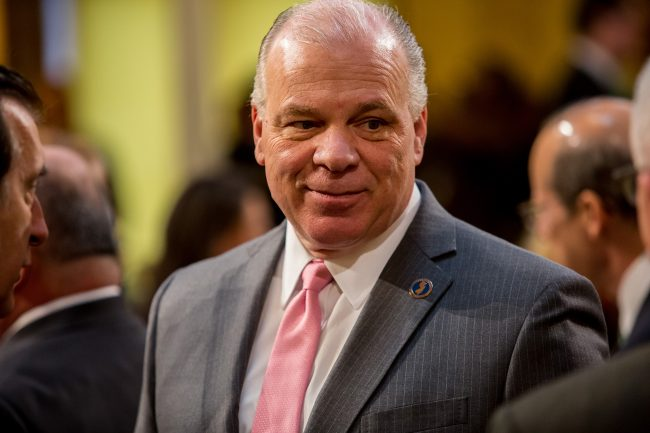 Senate President Stephen Sweeney, D-3rd District, who’s often clashed with Murphy, worried that the restrictions are being lifted too slowly and that it should be done by region within New Jersey, rather than on a statewide basis.

Sweeney suggested that the state roll back restrictions on many businesses immediately, so long as they can adhere to the guidelines set out by the Centers for Disease Control and Prevention. “CDC guidelines are what is essential and what is needed to be given to follow and then give the owners and businesses the ability to decide whether they can reopen,” Sweeney said in an interview with NJBIZ on May 12.

Sweeney pointed to several reopening plans that different parts of South Jersey have rolled out.

A May 12 “Reopening and Recovery Plan” from the Chamber of Commerce Southern New Jersey, suggested that the state could not be bound by a “one size fits all approach,” and that a plan should be laid out for the shore counties of Monmouth, Ocean, Atlantic and Cape May. Businesses along the shore should be allowed to reopen with 25 percent capacity, moving to 50 percent capacity “only if reopening proves to not spike new COVID-19 cases,” and only if they follow CDC safety protocols, according to the Chamber report.

The Chamber also proposed that businesses operate at reduced capacity to allow for physical distancing indoors, and they should increase their sanitation. They should mandate temperature checks and face coverings for anyone trying to enter the business. The state should subsidize businesses to acquire face-coverings and protective equipment. And employees, before their shifts, should pass a health check or survey to gauge whether they were exposed to the virus.

Similar best practices for hotels, restaurants and large venues such as banquet halls were published by the New Jersey Restaurant and Hospitality Association.

Many restaurants can use tablets or mobile ordering to limit interaction between staff and customers; patrons could be told to wait in their cars for orders; and tables and bar seating could be kept at least 6 feet apart. Tables could be limited to eight guests, and condiments could be kept off the tables.

Hotels should take the temperatures of all employees; elevators should be limited to four people at a time; in-room coffee would have to be requested at the front desk; and rooms, bedsheets and linens should be thoroughly cleaned every day. Gyms, breakfast buffets and event and conference rooms would not open right away.

“We have all these experts with us, can’t they review the plans that have already been put forward, to see if they meet the level of safety to open up again?” Sweeney asked.