In less than 20 minutes, four lawmakers agree to $4.5 billion in new borrowing 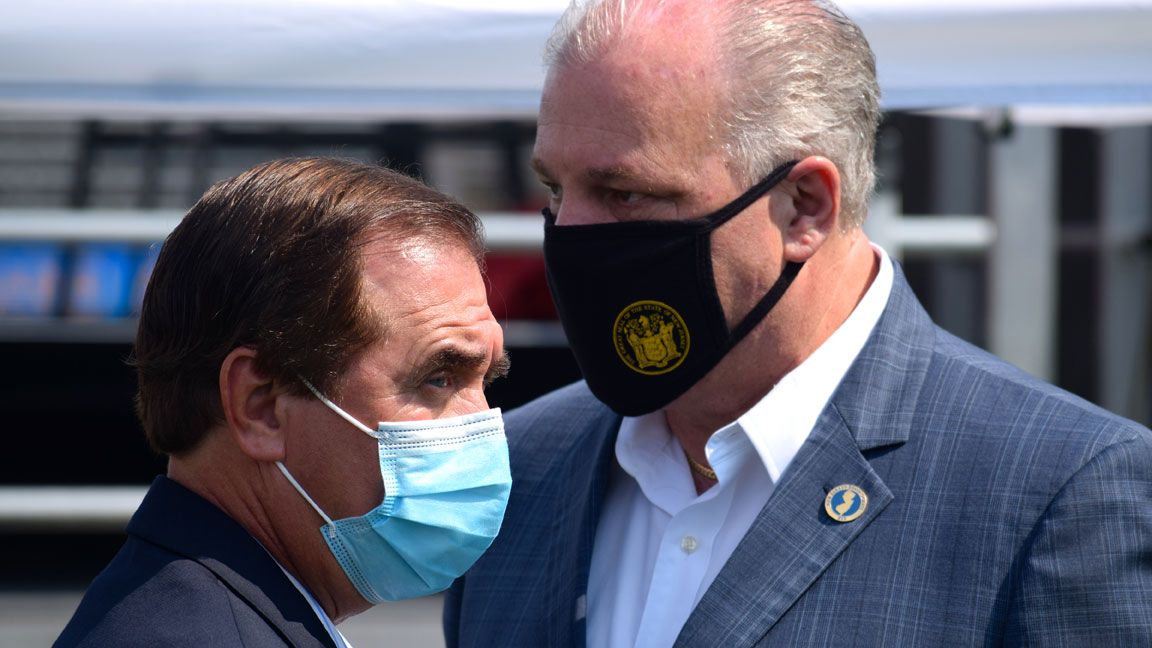 A select commission of four state lawmakers has given Gov. Phil Murphy’s administration a final signoff to issue $4.5 billion in new debt without voter approval to help finance the state budget over the next nine months.

During a meeting in Trenton on Monday that took less than 20 minutes, the top legislative leaders and budget committee chairs from both the Assembly and Senate took testimony and voted unanimously in favor of Murphy’s borrowing plan.

The swift action clears the way for Murphy, a first-term Democrat, to enact a $32.7 billion, nine-month budget that lawmakers sent to his desk late last week. That budget, which Murphy has indicated he plans to sign Tuesday afternoon, covers spending from Oct. 1 through June 30, 2021. It already incorporates funding from the proposed borrowing to help offset projected revenue losses tied to the ongoing coronavirus pandemic.

Before casting their votes, several suggested the borrowing could be quickly repaid if the federal government provides more significant relief dollars to states like New Jersey in coming weeks.

Sweeney said none ‘really want to see this borrowing’

“It’s unfortunate that we’re in this situation,” Sweeney said. “I don’t think any of us really want to see this borrowing. We’re just in a place where we don’t know where we’re really at.”

“We’re hopeful that the revenue figures will be strong (and) that the assistance from Washington will come,” Coughlin said.

Under an emergency borrowing plan that Department of Treasury officials finalized last week, up to $4.5 billion in new debt can be issued by the administration without voter approval in response to the pandemic-related fiscal crisis.

The interest rate on the bonds can be no more than 6%, and the debt would be paid off over 12 years, according to Treasury’s plan.

The New Jersey Constitution generally prohibits using borrowed money to fund deficit spending. But it allows for exceptions such as responding to war or a major emergency.

GOP took the issue to court

Over the summer, Murphy enacted a law that allowed for up to $9.9 billion in emergency borrowing to be issued in response to the pandemic. The state Supreme Court signed off several weeks later, after Republicans filed suit to block any new debt from being issued on the grounds that it would be unconstitutional.

All the testimony taken during Monday’s select commission meeting was provided by representatives of business groups that oppose the borrowing plan.

Chris Emigholz, vice president of government affairs for the New Jersey Business & Industry Association, raised concerns about the scope of the borrowing, which represents more than 10% of the total budget.

“We’re worried that the more borrowing you do, the less opportunity you have for spending on education, workforce (development), infrastructure, NJ Transit, innovation, things that we know will help our economy and help our businesses that are hurting right now,” Emigholz said.

Hilary Chebra, manager of government affairs for the Chamber of Commerce of Southern New Jersey, reminded the panel that New Jersey is already among the nation’s most indebted states and suggested additional borrowing may bring on another credit-rating downgrade.

“The long-standing impact of any borrowing plan cannot be understated, adding to the state’s already enormous debt, which can only lead to higher taxes on already overburdened residents and businesses,” Chebra said.