Top lawmakers sign off on $4.5B in borrowing: ‘We don’t know what the future holds’ 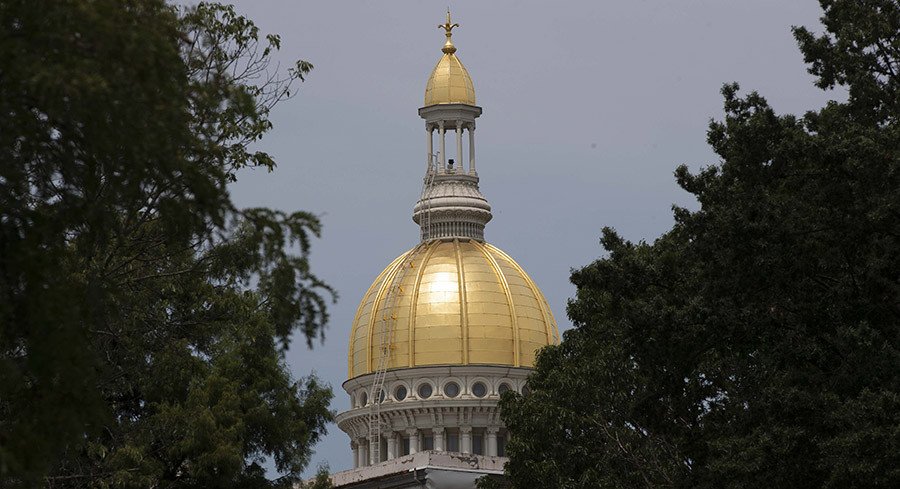 TRENTON — Top Democratic lawmakers on Monday signed off on a controversial plan to borrow $4.5 billion to balance the New Jersey budget, pledging to pay down the debt sooner than scheduled as long as the federal government provides more aid or if state revenues come in better than expected.

“We’re hopeful that the revenue figures will be strong, that the amount of money from Washington will come and allow us to minimize the amount we’ll borrow,” said Assembly Speaker Craig Coughlin, one of the four members of the so-called Select Commission on Emergency COVID-19 Borrowing. “In my mind’s eye, I see this more as a line of credit than as a mortgage. ... But I think we need to be prepared. We don’t know what the future holds.”

Several business groups spoke in opposition to the borrowing, but the lawmakers were not swayed.

The panel was created as part of a law authorizing the state to borrow as revenues cratered during the coronavirus pandemic. The law originally authorized up to $9.9 billion in borrowing, with the caveat that the amount must be agreed to by the commission.

Republican lawmakers and party leaders challenged the law, but the state Supreme Court upheld it, although limited borrowing to the amount the Treasurer certified as the projected revenue shortfall.

Approval from the four-member commission was a foregone conclusion, as Sweeney, Coughlin, Pintor Marin and Sarlo all negotiated terms of a $32.7 billion, nine-month budget that relies on this borrowing. Terms of the borrowing, including the schedule for paying it back, have yet to be finalized.

There’s a real possibility, however, that adding to the state’s existing debt will trigger another credit downgrade.

Hilary Chebra, manager of government affairs at the Chamber of Commerce Southern New Jersey, told the commission that borrowing should only be done after “every option is exhausted.”

“It should be done on a short-term basis and not spent over many years,” she said. “New Jersey is already one of the most indebted states in the nation.”

Before voting to approve the borrowing, Sweeney said the state needs to get serious about implementing cost-cutting reforms. In an op-ed in The Sunday Star-Ledger, he highlighted several reforms he said he’d like to get done, many of which were included in the Path to Progress, a bipartisan report that was produced in 2018.

“We need to address a lot of these reforms,” Sweeney said. “We have to get serious.”

The Senate president told reporters after Monday’s vote that members of the governor’s staff have said they are serious about pursuing reforms.

“[The governor is] open to doing real reforms,” Sweeney said. “What the individual reforms are will have to be negotiated. I laid out a couple of ones that I thought were obvious, but they’re not obvious until we all agree.”